Questions 11-20 are based on the following
passage.


This passage is adapted from Taras Grescoe, Straphanger: Saving Our Cities and Ourselves from the Automobile.©2012 by Taras Grescoe.


Though there are 600 million cars on the planet,

and counting, there are also seven billion people,

which means that for the vast majority of us getting
around involves taking buses, ferryboats, commuter
5 trains, streetcars, and subways .In other words,

traveling to work, school, or the market means being

a straphanger: somebody who, by choice or necessity,

relies on public transport, rather than a privately

owned automobile.
10 Half the population of New York, Toronto, and

London do not own cars. Public transport is how

most of the people of Asia and Africa, the world’s

and the global public transport market is now valued

at $428 billion annually. A century and a half after

the invention of the internal combustion engine,

private car ownership is still an anomaly.
20 And yet public transportation, in many minds, Is

the opposite of glamour— a squalid last resort for

those with one too many impaired driving charges,

too poor to afford insurance, or too decrepit to get

behind the wheel of a car. In much of North
25 America, they are right : taking transit is a depressing

experience. Anybody who has waited far too long on

a street corner for the privilege of boarding a

subways and shuttles to get to a big city airport,
30 knows that transition this continent tends to be

underfunded, ill-maintained, and ill-planned. Given

the opportunity, who wouldn’t drive? Hopping in a

car almost always gets you to your destination more

quickly.
35 It doesn’t have to be like this. Done right, public

transport can be faster, more comfortable, and

cheaper than the private automobile. In Shanghai,

elevated tracks at 266 miles an hour, whisking people
40 to the airport at a third of the speed of sound. In

streets along a single guide rail set into cobblestones.

networks, allowing commuters to work on laptops as

they prepare for same-day meetings in once distant

the sedans and SUVs of the rich mired in

dawn-to-dusk traffic jams. And some cities have

process turning the workaday bicycle into a viable

form of mass transit.
If you credit the demographers, this transit trend

has legs.The“Millenials,”who reached adulthood
60 around the turn of the century and now outnumber

baby boomers, tend to favor cities over suburbs, and

are far more willing than their parents to ried buses

and subways. Part of the reason is their ease with

iPads, MP3 players, Kindles, and smartphones: you
65 can get some serious texting done when you’re not

all but the most extreme commuting annoyances.

Even though there are more teenagers in the country

than ever, only ten million have a driver’s license
70 (versus twelve million a generation ago).Baby

boomers may have been raised in Leave It to Beaver

suburbs, but as they retire, a significant contingent is

favoring older cities and compact towns where they

have the option of walking and riding bikes. Seniors,
75 too, are more likely to use transit, and by 2025, there

will be 64 million Americans over the age of

those near light-rail or subway stations ,are
80 commanding enormous price premiums over

suburb an homes. The experience of European and

Asian cities shows that if you make buses, subways,

and trains convenient, comfortable, fast, and safe, a

surprisingly large percentage of citizens will opt to
85 ride rather than drive. 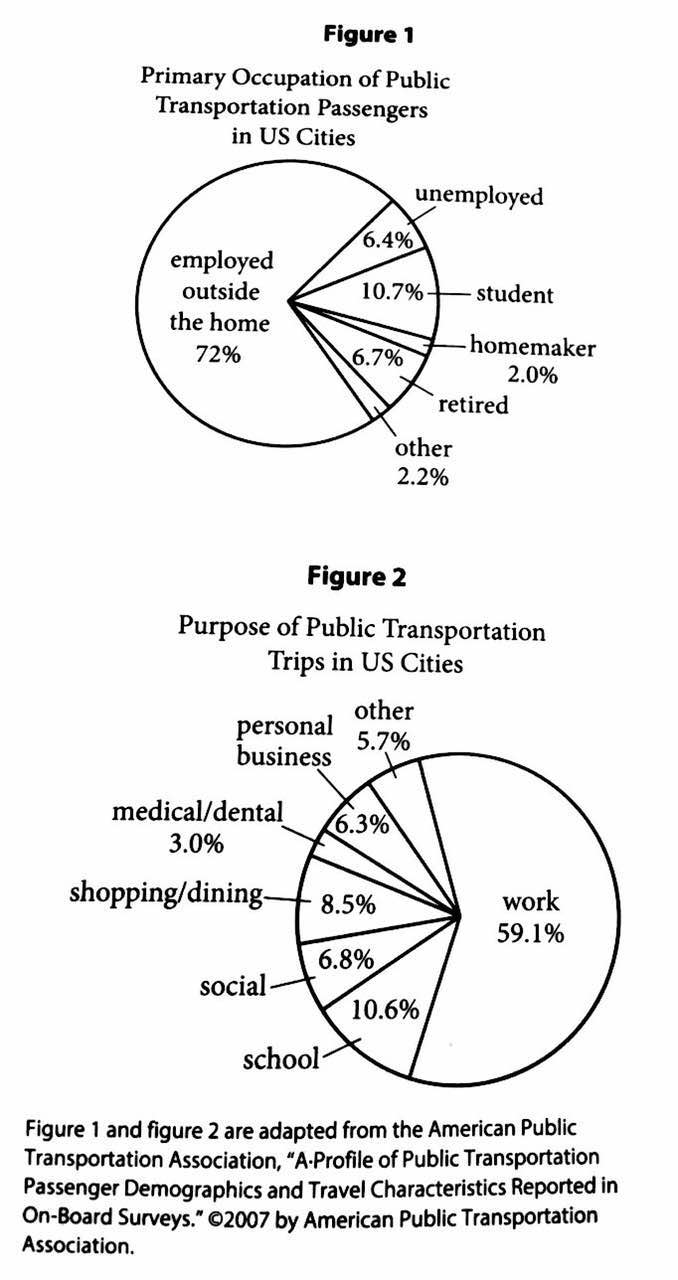